The ASA has upheld a complaint made about an Instagram Story posted by Zoella (Zoe Sugg). In the post, from July 2019, Zoella was wearing a dress and encouraged her followers to “swipe up to shop” for the Miss Selfridge-branded item sold on Asos.

It contained an affiliate link, through which Zoella's followers could purchase the dress from Asos. It isn't clear whether Zoella also received commission from Miss Selfridge, though we can assume she did not as they were not named in the ruling.

The Story included the disclosure 'Affiliate'. However, there were two problems:

However, even if it had been clearly visible and prominent, the second problem was that the ASA does not consider that the average consumer (despite being a "reasonably well informed, observant and circumspect" social media user) understands the disclosure 'Affiliate', so this label cannot be used on its own to disclose a post which contains an affiliate link.

In the ruling, the ASA states that it had regard to the Ipsos MORI report (which was published two months after Zoe Sugg's Instagram Story was published). The report was taken as "a useful guide to the role that labels and other factors played in helping people identify when social media posts by influencers included advertising, whilst also being aware of its limitations when considering an individual ad." In that research, only 38% of participants felt they would be able to confidently explain what the word “affiliate” meant when displayed on social media, which, the ASA said, put it amongst the terms that participants were least confident explaining.

The ASA went on to explain that "In no example where “affiliate” was used in isolation did more than 45% of participants recognise it as an ad, and the low levels of recognition of ads in the research overall demonstrated the difficulties of obviously differentiating ads from other content on social media platforms. We considered that the term “affiliate” was therefore unlikely to be sufficiently clear as a standalone label to ensure affiliate ads were obviously identifiable."

What does it say on the tin?

This sounds reasonable save that one might ask some serious questions about the adequacy or usefulness of the Ipsos MORI report, given the margins for error contained in it.

For example, three ads which were definitely not an ad were identified as 'definitely an ad' by 7-11% of respondents. In other examples, where posts used the disclaimer #ad or #advert at the outset (thus clearly identifying them as an ad in the way effectively mandated by the ASA and CMA), and despite the self-confirming nature of the question which was akin to 'is this thing labelled 'advert' an advert?), surprisingly few respondents thought they were ads - the results vary between around 29-43% in most cases, and drop much further when the disclosure is not stated at the start of the post.

In various examples in the report, it's clear that respondents failed to identify ads which used #ad at the outset. In an example showing a post by Liam McAleese, which started with #ad and referencing a third party brand, only 35% of respondents said it was 'definitely an ad' (i.e. 31% of children aged 13-17 and 36% of adults aged 18-64). Even stranger, when shown an identical post which didn't contain #ad and didn't reference a third party brand, 28% of adults still thought it was 'definitely an ad'...!

It is a point I have made many times, but if the researchers had either blindfolded the respondents and asked them to guess if the post before them was or was not an ad, statistically they should have been right more often than the respondents who actually looked at the social media post labelled 'Advertisement' or '#ad'. Similarly, if the researchers had tossed a coin with 'ad' on one side and 'not an ad' on the other, the coin would have been correct more often than the respondents who could actually see the post which started with the word 'Advertisement' or '#ad'.

But what did the research paper have to say about affiliate ads?

The research included two examples of affiliate ads. One included #affiliate at the end of the copy but didn't include #advert at the start, 44% of respondents (42% of children and 45% of adults) said it was 'definitely an ad'. A pretty impressive recognition rate, considering the rest of the findings of this survey - but the ASA doesn't seem to agree.

An identical example which used the #affiliate label and did include #advert at the start of the post, was recognised by slightly more people, i.e. 48% identified it as 'definitely an ad' (47% of children and 49% of adults), but it hardly seems to justify one approach being considered misleading (and resulting in an upheld ruling) and the latter being considered not misleading and being the ASA's recommended approach.

Another example in the report confirms the difference between the two approaches leads to a difference of 3% in terms of consumer recognition. Again, given that no margin of error has been factored into this, it is all the more remarkable that the ASA considers one approach to be misleading and the other strongly recommended.

But the upshot of this particular ruling (and the ASA and CMA's latest guidance, which was updated in February 2020), is that affiliate ads must be disclosed using the label 'Ad', Advert' or 'Advertisement', and not just 'Affiliate'.

The broader question is whether any disclosures are doing what they should, and, if not, are we going to continue to see rulings which rely to a significant extent on the limited and inconclusive results of the Ipsos MORI research paper.

The full ruling can be found here.

Zoe Sugg Ltd said the story complied with Committee of Advertising Practice (CAP) guidelines, and explained Sugg – who is also known as Zoella – had explained to users she received an affiliate commission. In upholding the complaint and providing an official warning to the retailer and Sugg, the ASA acknowledged Asos had no direct input into or control over the ad, but as a beneficiary of the marketing material the company was jointly responsible for adhering to CAP guidelines. 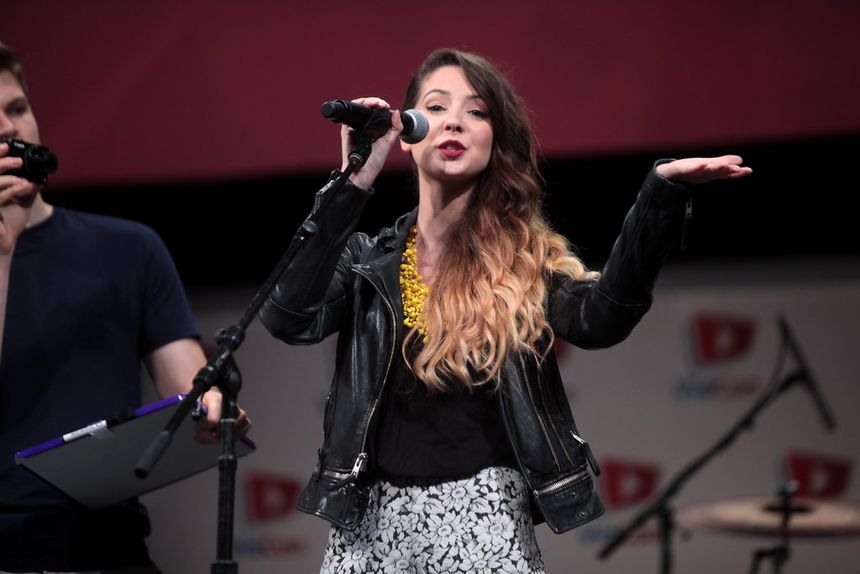