Most social media users are now very familiar with the idea of May the 4th being 'Star Wars Day'.

It was born in a galaxy far, far away when some fans of the franchise realised it sounded a lot like the infamous phrase 'May the Force Be With You', and it grew from there. It has now been around for many years, and it still brings a smile to many people's faces.

Using its Disney+ twitter handle, the company tweeted: "Reply with your favourite #Star Wars memory and you may see it somewhere special #MayThe4th."

No problems so far.  But Disney followed this up with another tweet, anakin to a legal notice, stating that users who tweeted content using the hashtag were agreeing to Disney's (pretty long and detailed) terms of use, and were thereby granting Disney the right to use that post and the user's account name in all media. 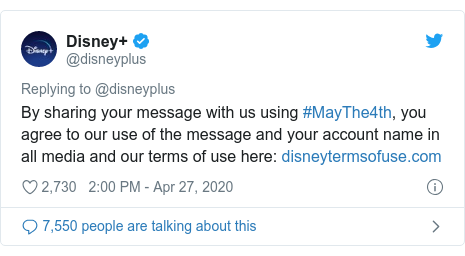 Disney no doubt wanted to ensure it had procured the relevant permission to maximise the reach of this campaign, and to maximise whatever it is planning to do on May 4th.  But this cautious and apparently heavy-handed approach did not go down well with fans, who felt that it showed the dark side of Disney.

“You can't just scream a terms of service agreement into the void and then assume anyone who does something falling in line has seen it and agreed,” tweeted one disgruntled fan.

Others found creative ways to express their reservations:

Disney later clarified that “The above legal language applies ONLY to replies to this tweet using #MayThe4th and mentioning @DisneyPlus. These replies may appear in something special on May the 4th!”

It raises several interesting dilemmas for content-driven brands wishing to engage with fans on their own terms, but it certainly serves as a warning to tread lightly when trying to obtain blanket permissions from fans and followers.

Perhaps some blue-Skywalker thinking was needed in this case in order for Disney to secure whatever rights it considers it needs ahead of May 4th.

Admittedly, it can be a difficult balance to secure those rights ahead of time without letting the cat out of the bag and without having to approach each individual social media user to seek permission to use their post after they have posted it.

But be careful not to give anyone the impression that you are storming in, surrounded by lawyers, blasters blazing, humming the Imperial March.  Otherwise you are likely to feel the force of your fans' reaction.

Disney has been accused of trying to claim media ownership of popular hashtag "MayThe4th" on Twitter. The company's streaming service, Disney Plus, encouraged fans to share their favourite Star Wars memories using the hashtag on Monday. It followed up with a legal warning suggesting any user who tweeted the hashtag was agreeing to Disney's terms and letting it use their content. 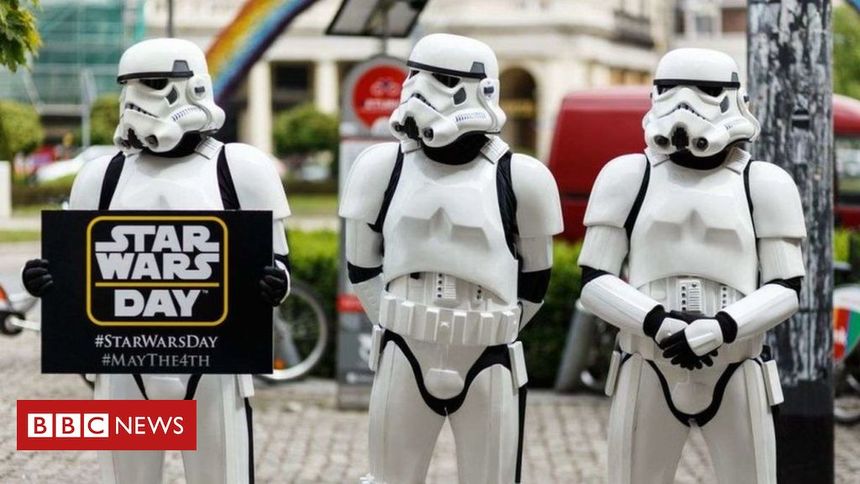