The football world was rocked late on Sunday evening by news that 12 of Europe's biggest clubs are prepared to break away from UEFA competitions and establish a new European Super League.

The Premier League's so-called 'Big Six' have come together with Juventus, AC Milan, Inter Milan, Real Madrid, Barcelona and Atletico to announce they intend to form a new elite competition, which will see the clubs leave the UEFA Champions League set-up behind and instead compete in their own mid-week tournament running from August to May each year. In a statement, the 12 clubs outlined their intention to bring onboard 3 more elite European teams ahead of the inaugural season, which is intended to commence "as soon as practicable".

Under existing proposals, the 15 'Founding Clubs' will have their place in the Super League guaranteed each season, regardless of performance in their domestic league. A further 5 places would be available for other clubs to qualify through domestic league success, although details of precisely how this would work remain unknown.

The motive is mostly (if not wholly) financial. The scheme is backed by $6 billion worth of funding provided by JP Morgan Chase, of which $3.5 billion will be split between the 15 Founders to offset steep revenue shortfalls sustained by these clubs during the pandemic. The argument is that - by forming their own elite competition (one that is not 'diluted' by the weaker brands of lesser teams) - clubs will be able to attract broadcasters, streaming partners and sponsors on a more lucrative basis, whilst capitalising on an increasing trend amongst young fans in particular to see the top sides play each other more frequently. To that end, the competition would resemble the structure of “closed” North American sports leagues, where franchise owners enjoy reliable profits and the valuation of teams rise steadily over time.

The move has however been met with widespread condemnation from Europe's media, politicians, fans, pundits, leagues and governing bodies alike. UEFA said it is united with Europe’s top leagues, national governing bodies and FIFA in “efforts to stop this cynical project, a project that is founded on the self-interest of a few clubs at a time when society needs solidarity more than ever”. Supporters' Trusts have issued statements opposing the plans and FIFA has threatened to ban players at Super League clubs from representing their national teams in competitions such as the World Cup. European football is most certainly at war over the issue.

Others query whether the Super League will ever truly come to fruition, or whether we are instead witnessing a concerted effort amongst top clubs to strong-arm UEFA and gain greater control over the existing Champions League format (the announcement came on the eve of UEFA's scheduled sign-off of its revamped Champions League format for 2024 onwards, plans which are now scuppered).

Whether or not the break-away intentions are genuine, the prospect of a new European Super League does raise an interesting quandary for both broadcasters and sponsors. Broadcasters that have signed long-term deals to showcase top flight domestic football could seek legal action against any measures that threaten to devalue the domestic leagues. This may well come in the form of demanding rebates on the broadcast rights fees that were paid to leagues/clubs on the premise of those tournaments remaining fundamentally unchanged (a demand made by major broadcasters last year when fans were prohibited from entering stadiums on account of the pandemic).

BT Sport - the exclusive rightsholder for live Champions League matches in the UK - announced in a Monday statement that they "recognise the concerns raised by many of football's leading voices" and believe "the formation of a European Super League could have a damaging effect to the long term health of football in this country". Sky Sports and DAZN have also distanced themselves from the proposals since Sunday evening.

Sponsors similarly are going to need to check back over their sponsorship contracts with clubs very carefully. High value deals will have been meticulously structured, priced and negotiated based on a common understanding of the importance of Premier League and Champions League exposure. If the value of these competitions is now in jeopardy, will the underlying commercial model of those deals still be fit for purpose? What methods of redress (contractual or otherwise) do the sponsors have to stop the move or otherwise re-negotiate the terms of the deal?

But while the formation of the Super League may cause panic amongst certain existing sponsors and broadcasters, there will be others that eye this is a major opportunity. Should the plans for the new tournament proceed, new brands will no doubt jump at the chance to partner with Europe's newest elite tier competition. We may also see disruptive media and streaming platforms emerge as contenders for any new broadcast rights up for grabs, such as Disney, Facebook or Amazon Prime Video (who have so far kept their cards close to their chest).

For now though, grab the popcorn.

"Going forward, the founding clubs look forward to holding discussions with Uefa and Fifa to work together in partnership to deliver the best outcomes for the new league and for football as a whole." 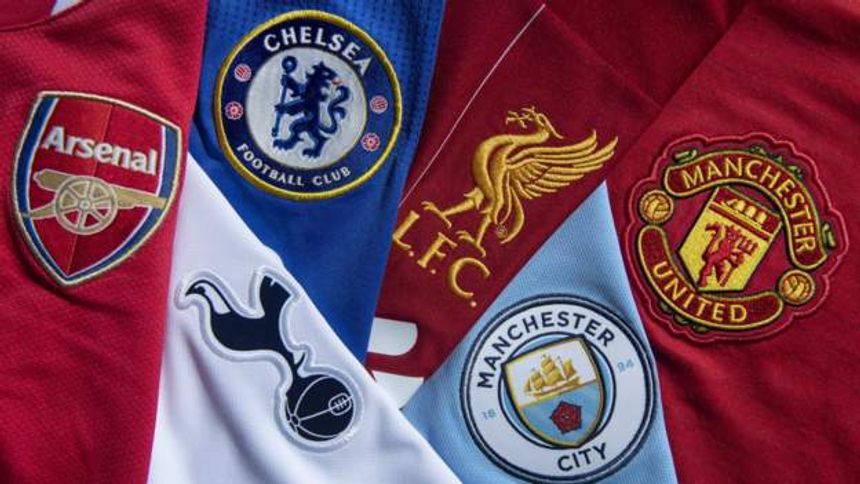