Last month at the Rolling Loud festival in Miami chart topping rapper DaBaby made some comments that resulted in quite the backlash.

As the news spread the backlash grew, with many in the industry, rightfully, calling out the comments as inaccurate, harmful and hateful towards the LGBTQ+ community.

But the repercussions were not confined to a public condemnation. Promoters took swift and decisive action to distance themselves from DaBaby and his opinions by dropping him from upcoming events.

Lollapalooza festival were the first to announce DaBaby had been cut from their bill, just one week after Rolling Loud. At the time of writing six further festivals have cut DaBaby and he's also lost his position as a Boohoo Man Brand ambassador.

DaBaby issued an apology in response (then, extraordinarily, deleted the apology post), alongside a criticism of the speed with which social media trials are resolved.

You may or may not be sympathetic to that complaint - the pace and tenacity with which social media holds people to account can be alarming, even if it's justified. But promoters listing admonished artists are often, willingly or otherwise, dragged into the debate. Guilt by association means the focus of any backlash can turn to promoters and sponsors who do not adequately and expeditiously distance themselves from the criticised comments and talent - meaning those parties are not exempt from their own reputational damage when artists cross a line.

But reprehensible comments in of themselves do not give promoters a right to tear up performer's contracts. This can leave promoters in a tricky spot, as unilaterally dropping talent is likely to amount to a breach of contract. In practice, that could result in the artist pursuing a claim for damages - most likely for fees they were due for the performance.

One way to avoid that liability is for promoters to include anti-disparagement clauses in talent contracts. Such clauses broadly contain terms that will allow a promoter to terminate the contract in the event that talent does or says anything that might encourage disparaging views or otherwise brings the promoter/event into disrepute.

There's obviously a subjective element to determining whether comments/actions qualify as disparaging or bring an event into disrepute. This means promoters will have to be certain the clause is triggered before relying on it, otherwise they may still face a claim for breach of contract for wrongfully relying on the clause to terminate.

It might be hard, for example, for a promoter who books someone edgy, who then acts a bit edgy, to then argue that the anti-disparagement clause is triggered. However, where comments are made that go way over the line - as Dababy did - these clauses are the vital tool that enables promoters to act without incurring liability.

Naturally, promoters should expect resistance from agents when trying to include such provisions in talent contracts. They should nonetheless stand firm when negotiating as retaining control over the values you want your events to embody and champion is an increasingly important factor in the entertainment industry.

“Founders Entertainment does not and will not tolerate hate or discrimination of any kind. We welcome and celebrate the diverse communities that make New York City the greatest city in the world. Thank you to the fans who continue to speak up for what is right. Along with you, we will continue to use our platform for good”. 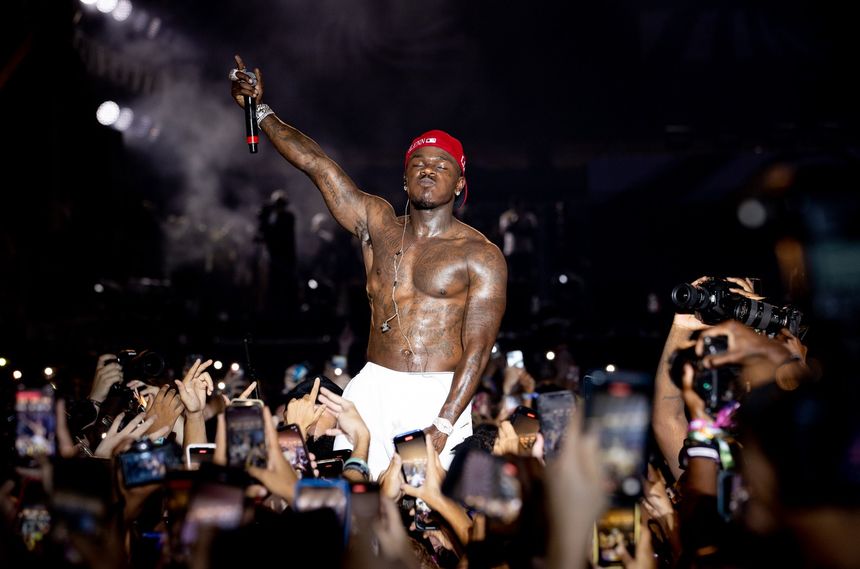 Lollapalooza was founded on diversity, inclusivity, respect, and love. With that in mind, DaBaby will no longer be performing at Grant Park tonight. Young Thug will now perform at 9:00pm on the Bud Light Seltzer Stage, and G Herbo will perform at 4:00pm on the T-Mobile Stage. pic.twitter.com/Mx4UiAi4FW

Here's your reminder to get your tickets to the 2021 #iHeartDayStage! ☀️

*note: DaBaby will no longer be performing at the iHeartRadio Music Festival Daytime Stage* pic.twitter.com/LbH8YZ5DA5

boohooMAN condemn the use of homophobic language and confirm we will no longer be working with DaBaby.

Diversity and inclusion are part of the boohoo Groups DNA and we pride ourselves on representing the diverse customers we serve across the globe.